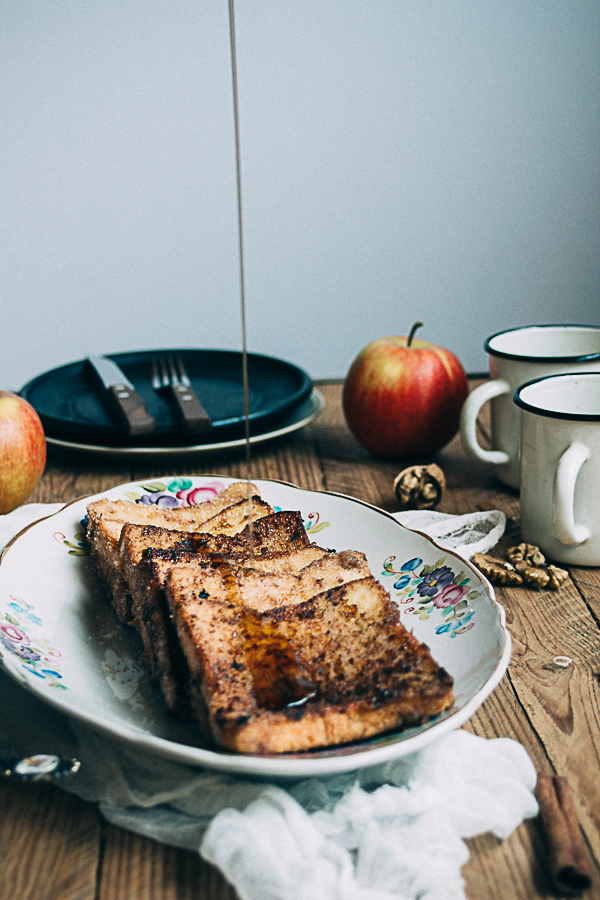 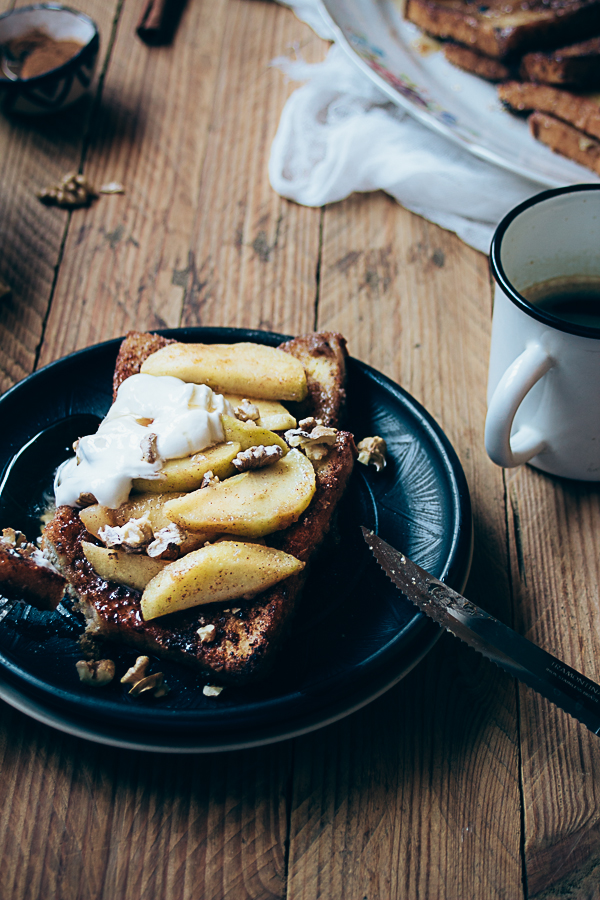 I wasn’t going to publish this recipe, because there is no actual recipe. The first time I made french toast I didn’t follow any recipe, I just measured everything with my accurate eye. But, gosh! I didn’t expect it to be so damn good! And this is the best part of it! It is ridiculously simple and quick in the making. You don’t have to be a great cook to fry a slice of bread, after all! But you can and even have to experiment here. Replace cinnamon and sugar with shredded coconut or almond flakes. Use pears or peaches instead of apples. Serve your french toast with fresh berries or bananas and chocolate sauce. I gave you in this “recipe” just the approximate measurements and directions. But it lets you interpret and improvise. So, go ahead and make your perfect french toast for brunch. 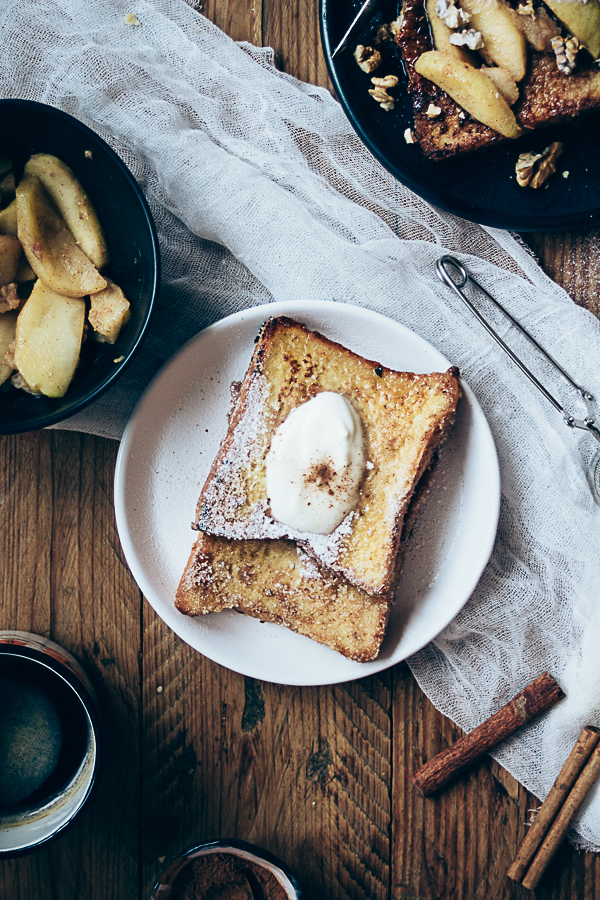 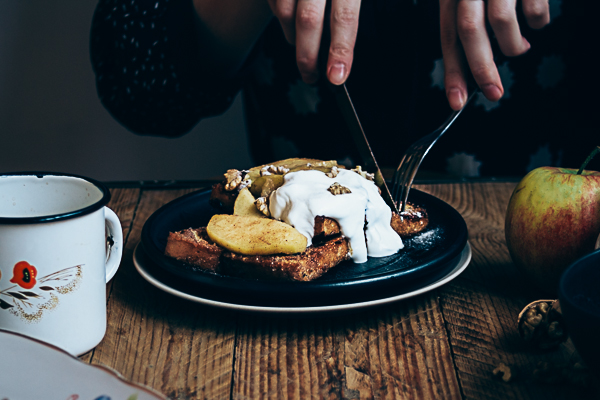 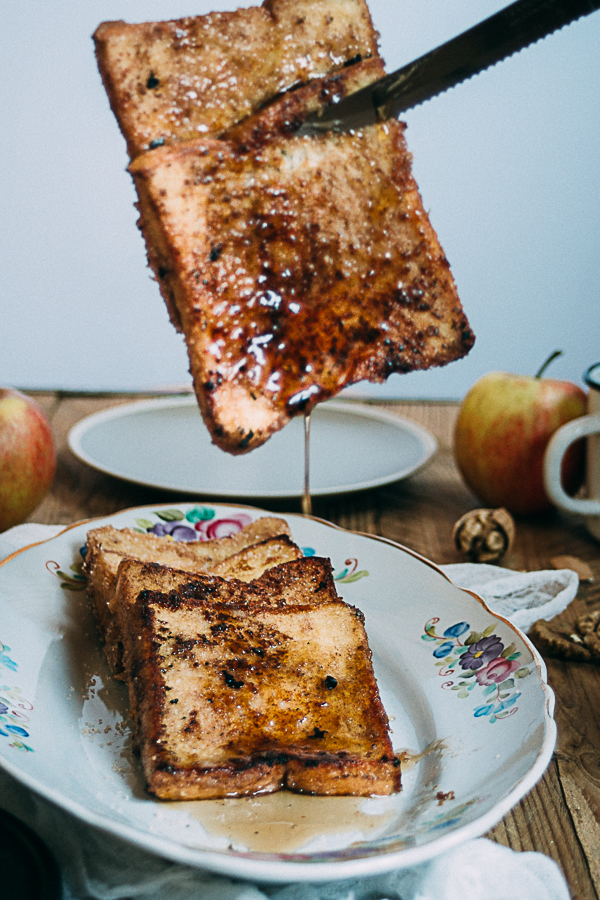 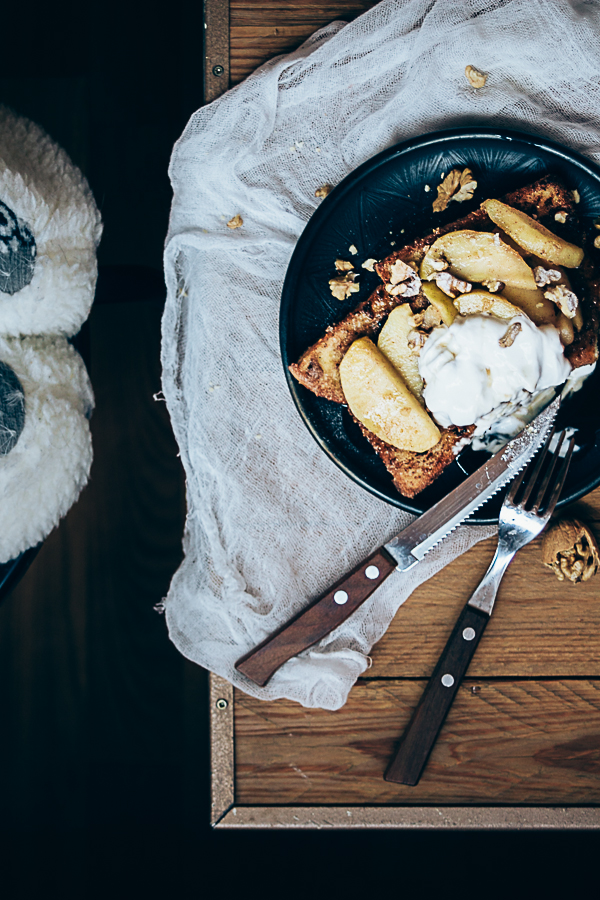 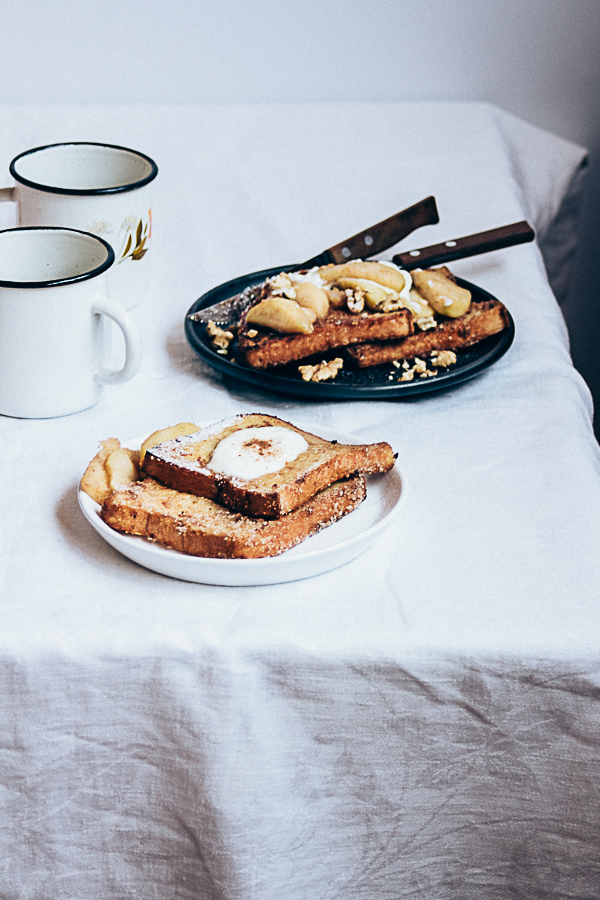 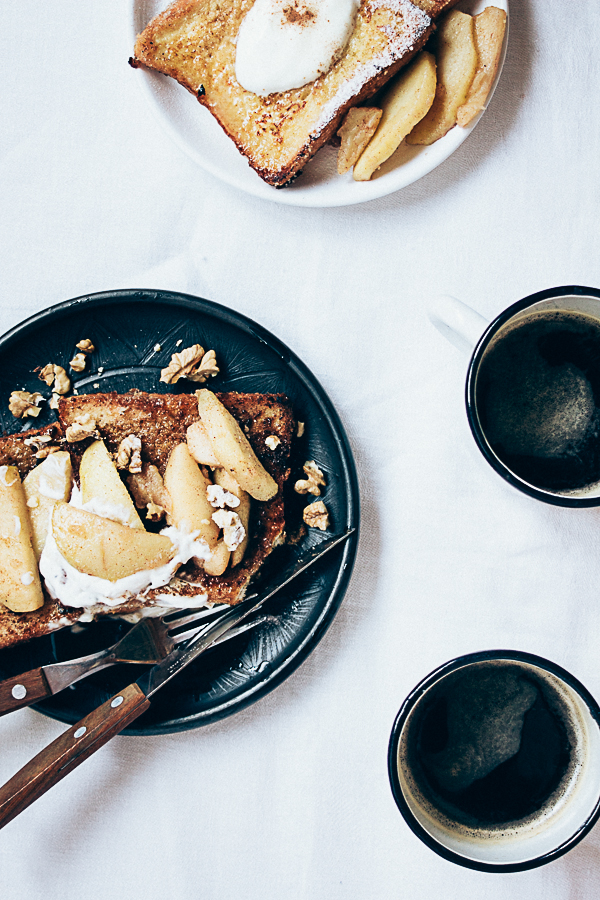 3 servings, 2 slices per one serving

sugar and cinnamon for dipping 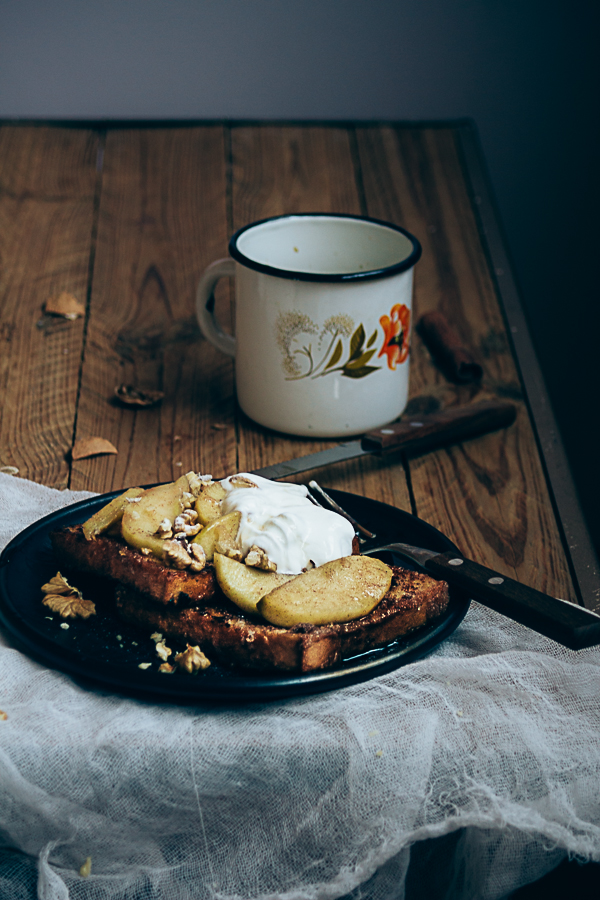