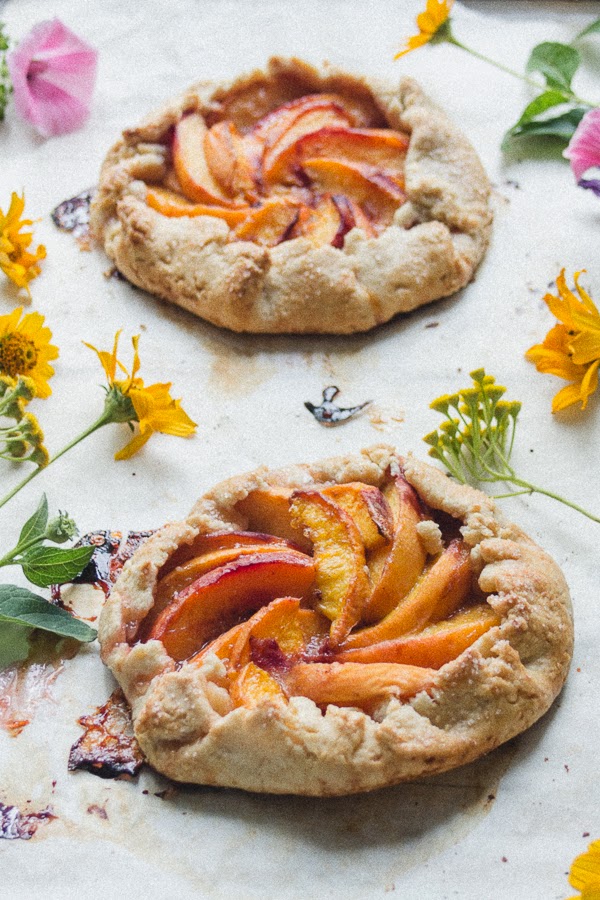 Okay, I know that it might be already too late to post a true summer dessert. In every corner of food bloggosphere pop up fig, pumpkin and plum recipes and people behind those blogs write about autumn beauty, back to school things, plans for the next few months and so on and so forth. I can feel these fall atmosphere soaking in every tiny part of our life.  But I find it confusing when it is still a flying weather and on the counters are standing peaches, strawberries and raspberries in all their beauty. 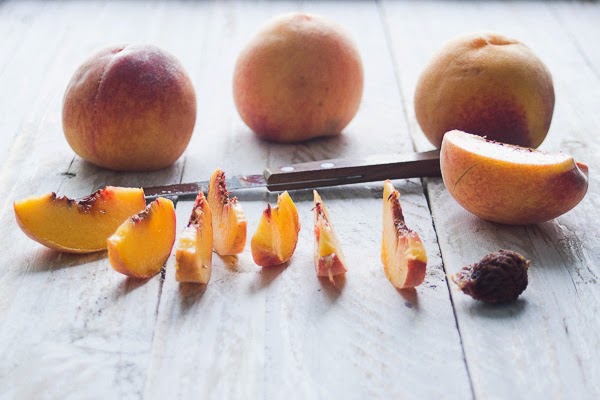 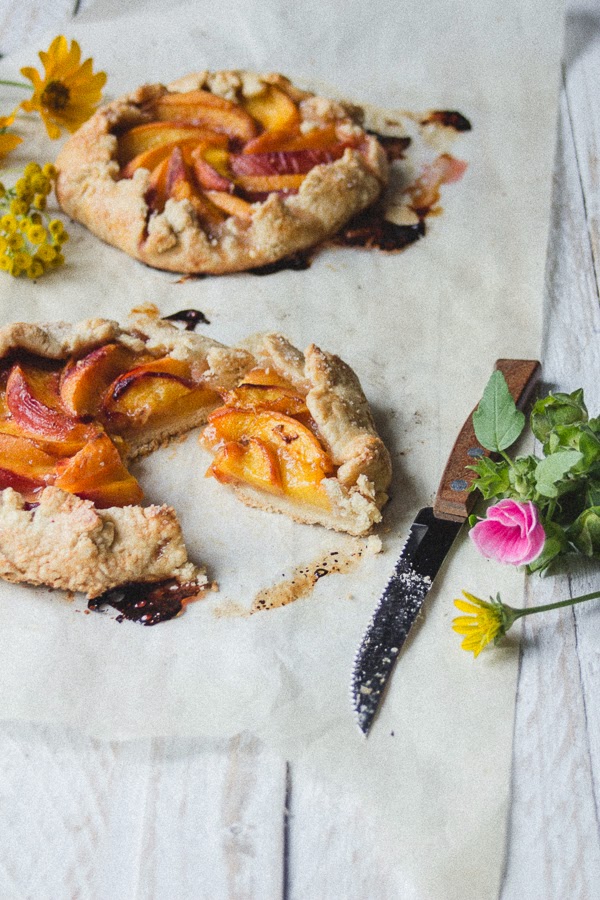 I must say, that this particular galette on the photo was made in August. Also I must say, that I couldn’t resist making it again and again and again till September. Even my mother asked for the recipe to bake a galette (considering that she isn’t a big fan of open-faced fruit pies!). It would be a crime to pass by a fruit that in a week will leave us until the next summer. Of course it is not big deal to use berries or not to bake galette at all. But you won’t forgive yourself! In the winter you can use frozen berries…but not peaches. So jump at the chance to use peaches while you still can. You are almost out of time. 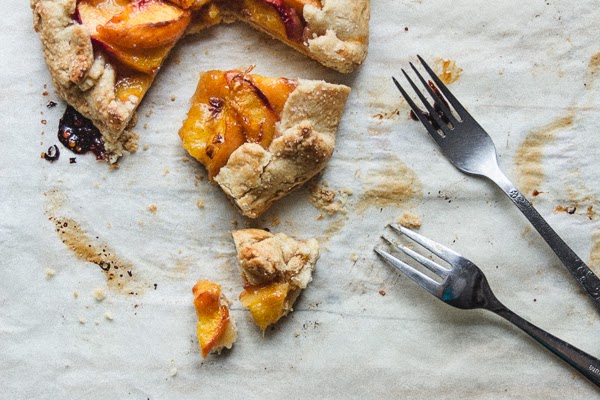 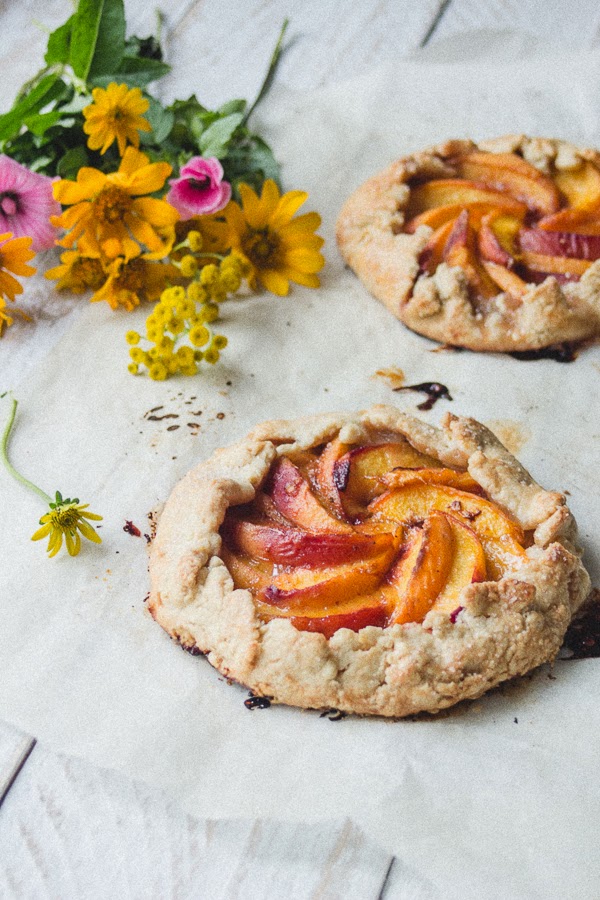 Rustic Peach Galette became a revelation to me. I didn’t expect from it anything special. And this is the point about galette. It has to be simple in everything – little ingredients,  little effort. Strangely though, as a result it tastes amazingly!  Rich and soooo light ! And now imagine – warm peach galette, just out of the oven…smells like summer all around your kitchen even though it is September. You put a scoop of vanilla ice cream on top (better even two scoops..no, three!) and it slowly melts. But the ice should be firm so that you could feel the contrast between warm pie and cold ice crem! This is when you take a fork…and in one moment you are enchained. It is not even close to what I felt…kind of). 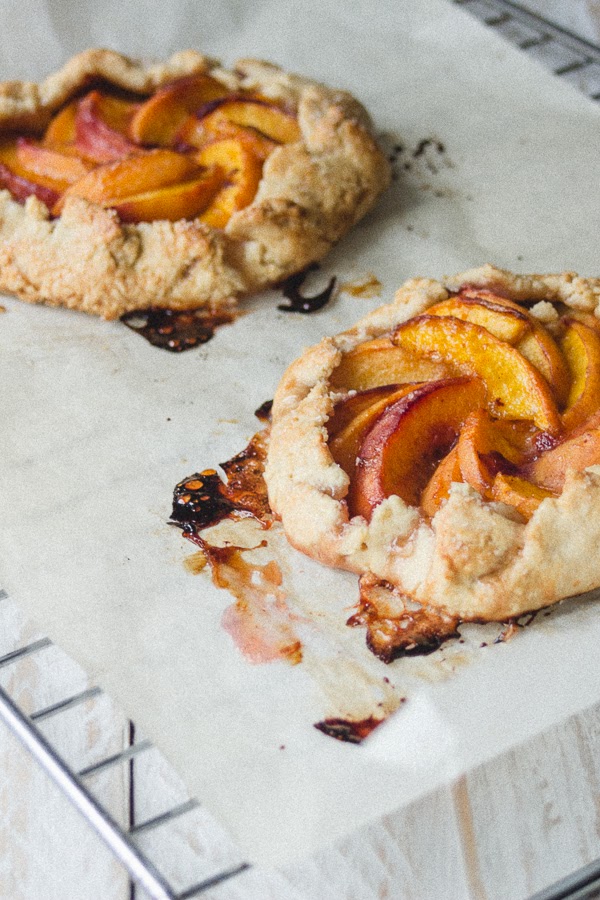 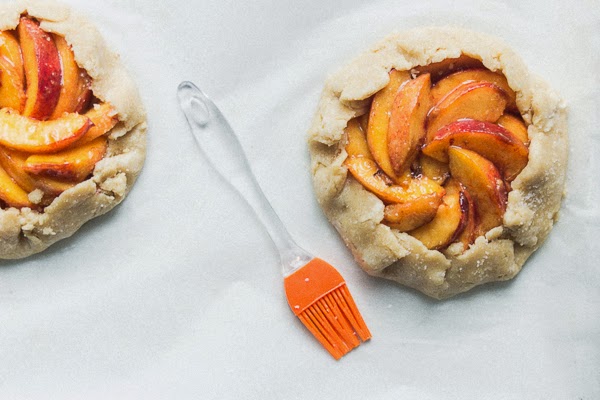 In a food processor combine flour, sugar, cinnamon, pinch of salt until combined. Add cold butter cubes, process until fine crumbs form. Add water (start with 3 tbsp, and then add more if the dough is too dry) and mix until the dough comes together. Transfer to a lightly floured surface and gently kneed the dough using the heel of your hand.  Divide the dough into two pieces, cover with a plastic wrap and refrigerate about an hour.

Preheat oven to 180 C (355 F). Line a baking sheet with a parchment paper. Roll out the dough pieces on a lightly floured surface  into two 20 cm (8 inch) circles. Transfer onto the lined baking sheet.

Toss peaches with sugar, vanilla sugar, cinnamon and cornstarch. Place the filling on the dough center and fold up the edges. Brush with milk and sprinkle over sugar. Bake for 45 minutes or until the filling is bubbling and the crust is golden brown. Cool for a few minutes on a wire rack. 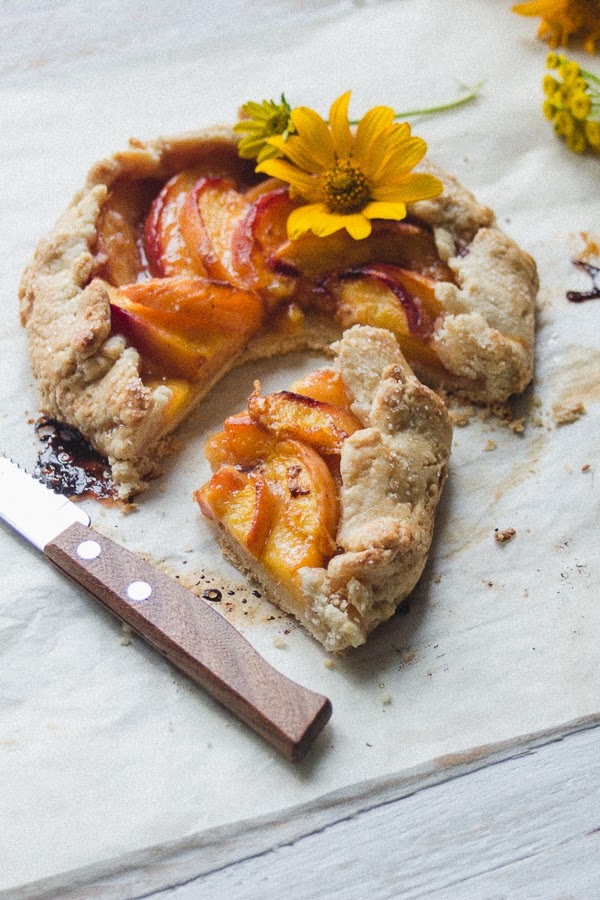